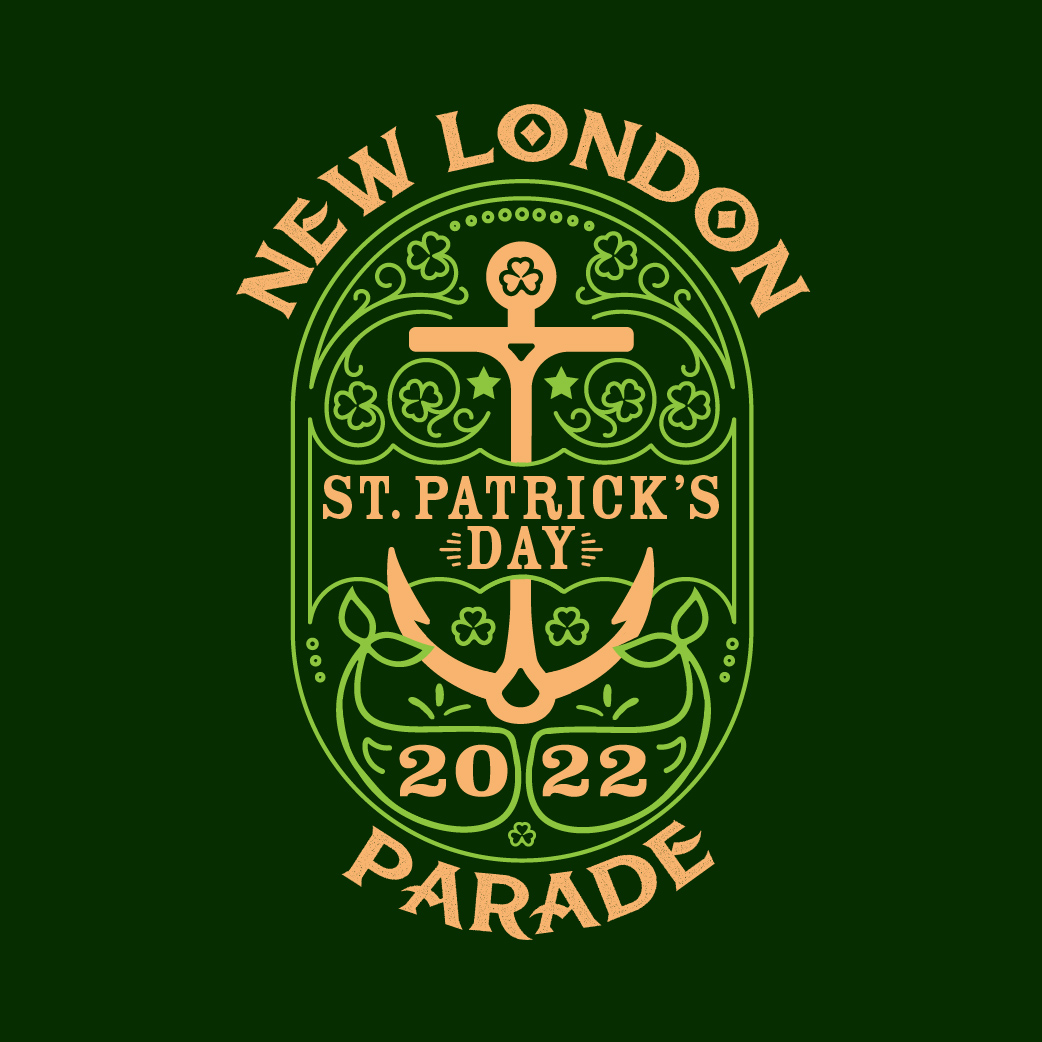 The New London St. Patrick’s Day Parade Committee is pleased to announce the 2022 Grand Marshal, Eileen Maloney Mastronunzio. She immigrated to the USA from Ireland at the early age of 19.

Born in the village of Taughmaconnell County Roscommon, Ireland, Eileen immigrated to the USA in 1954. She traveled on a ship named the Olympia from Cobh, County Cork, Ireland and after a six-day journey, landed at Pier 40 on November 11th, 1954. Ironically, this was the same date that Ellis Island closed.
She was sponsored by her Aunt Eileen, who lived in Hartford, Connecticut. The only way to enter the United States at that time was through a sponsorship. She lived with her aunt and her family until she got married a few years later.

Eileen was hired by the Travelers Insurance Company and worked in downtown Hartford as a file clerk. She then joined the Irish American Home Society where she met a man from Ballina, County Mayo, Ireland who she married on September 7th, 1957. For the next 16 years, her focus was on raising a family of 5 children.

Later, she attended Manchester Community College and earned an Associate’s Degree and a Drug Alcohol Counselor License. With these credentials, she was able to secure a job at Blue Hills Hospital in Hartford while continuing to study at the University of Connecticut where she earned a Master’s Degree in Social Work. This advanced degree led her to a career with the State of Connecticut in the Department of Mental Health and Addiction Services where she worked as both a Psychiatric and Forensic Licensed Social Worker. Eileen retired in 2004 after 29 years of service.

She now enjoys spending time with her 5 children and 10 grandchildren. Eileen loves to travel and will often travel to Ireland to visit her siblings, as well as her daughter who lives there with her Irish born husband and 5 children.

Eileen is a member of Saint Mary’s Star of the Sea Parish where she serves as a Lector and a Eucharistic Minister and is a member of the Bereavement Ministry. She works on food distribution at the Food Bank, is a member of the Irish Coastal Club, served on the Golf Tournament Committee for 10 years and
belongs to the Irish American Home Society of Hartford, CT, as well as the New London “Currach” Rowing Club.

Eileen and her husband, Raymond Mastronunzio, have been New London residents for 27 years. She is honored to be selected to lead this year’s Saint Patrick’s Day Parade, celebrating Irish culture, tradition, and contributions in the United States and around the world.

This year’s parade will consist of local bands, civic groups, Irish civic organizations, and youth groups. The parade starts at 1pm sharp and will kick off at the corner of Bank and Tilley Streets, proceed north on Bank Street, turn left up State Street and then proceed onto Washington Street. The route this year is approximately ¾ of a mile and is more compact than the previous parade routes in the city, which provides greater viewing for the public. The review stand will be at Parade Plaza, located at the corner of Bank and State Streets.

We are happy to say that New London’s own “FIREFIGHTERS PIPE & DRUM BAND” will participate again this year, along with the Spirited Soles Irish Dance Academy, the New London High School NJROTC, Bennie Dover Jackson Multi-Magnet Middle School, the Irish Wolfhounds Association, and many, many more.

The committee is also proud to announce that the parade will go forward come green snow, or rain, of course, the most preferable being sunshine.