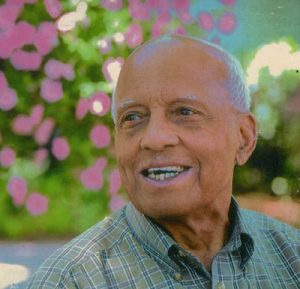 Spencer C. Lancaster was only thirty-two years old when his election to the Board of Selectmen in 1960 made him New London’s first Black elected official.

Lancaster was already a well-known local civil rights leader.  A New London native and former high school football player, he was vice president of the New London branch of the NAACP.  In the 1950s, he had successfully advocated for the racial integration of New London’s formerly all-white public housing.  His family was among the first Black families to move to Laurel Drive, and in 1963 he became the first Black homeowner on Rogers Street.

As first selectman, Lancaster continued to focus on housing discrimination. He chaired the Citizens Action Committee, which fought for the rights of people whose homes were slated for demolition.  He also remained active in the NAACP.  In 1961, he organized a protest of a blackface minstrel show in Waterford that led to the show’s cancellation.

After four years as first selectman, Lancaster made history again as New London’s first Black candidate for City Council.  In a campaign flyer he stated, “I want it understood that I am running for office as a citizen interested in the total welfare of my home town, and not only as a Republican, or only as a Negro.  I believe I can make an important contribution to harmonious race relations here, and that I can help create an atmosphere in which ALL New Londoners can function as first-class citizens.”  In a candidates’ forum, he continued to speak out against housing discrimination, saying, “Many Negroes whose present places of residence will be torn down have so far found it impossible to rent other homes that are suitable and within their means.” (I) 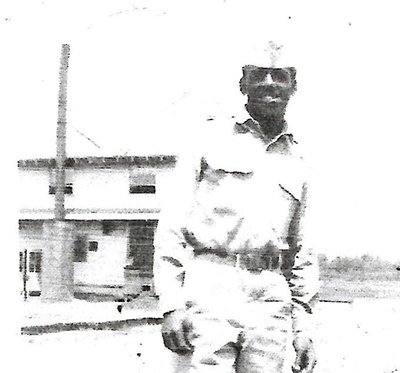 Although Lancaster never sought public office again, he continued to serve in leadership positions in numerous organizations.  He was a member of the executive committee of the New London NAACP, a volunteer for the American Cancer Society and chair of the board of trustees for Walls Clarke Temple A.M.E. Zion Church, New London’s second oldest historically Black church.  In a 2018 oral history, he spoke about the urban renewal era and about the struggle for civil rights in New London.  In 2018, the New London NAACP presented him with a Lifetime Achievement Award, and in 2020 the New London City Council honored him as one of five Black unsung heroes.

Professionally, Lancaster worked at Linder Dodge & Jeep from 1949 until his retirement, pushing against the color barrier to become their service manager and one of Dodge’s top salesmen in the country.  Prior to that, he served in the 82nd Airborne Division of the United States Army during World War II and attended Benedict College in South Carolina.

Although Lancaster—or Uncle Buddy, as he is affectionately known–moved out of 42 Rogers Street in 2019, the house remains in his family. 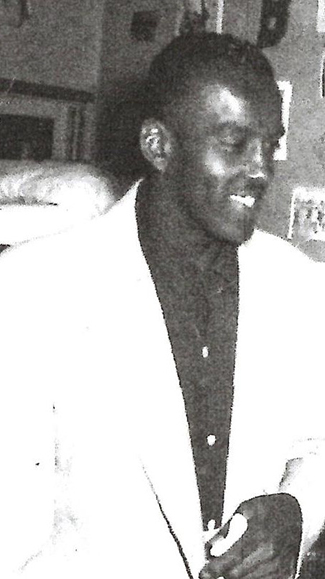 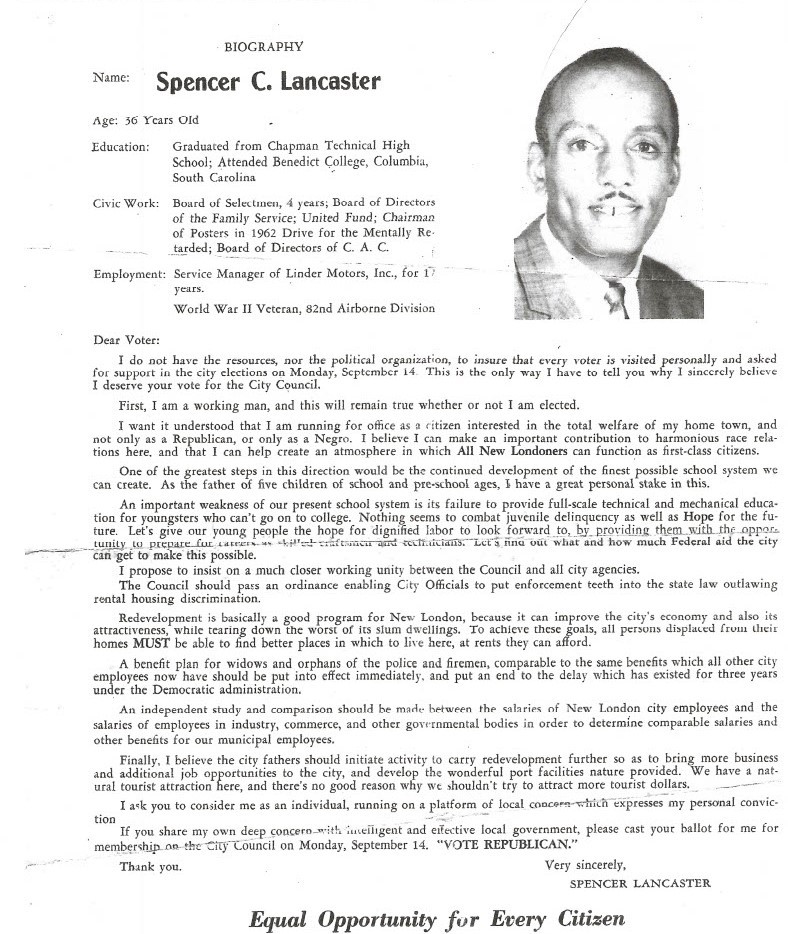