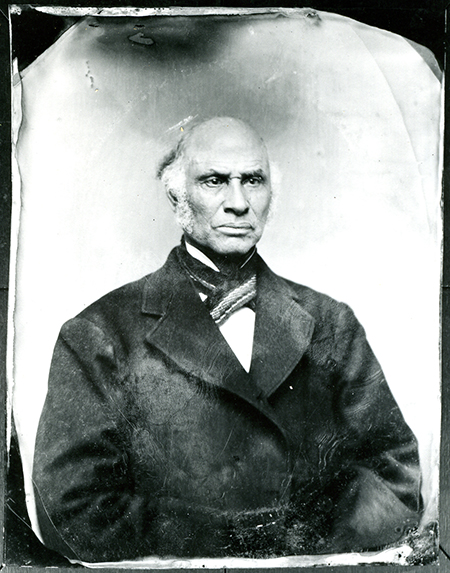 Antone DeSant was born in Cabo Verde, formerly known as Cape Verde, c. 1815.  Located off the coast of Senegal, the Cabo Verde islands were uninhabited when the Portuguese colonized them in the mid-fifteenth century.  They had no year-round rivers or lakes.  Droughts were frequent and severe.  The sugar and cotton plantations established by the Portuguese were not particularly successful.

The islands were perfectly situated, however, to become a center of the transatlantic slave trade. Tens of thousands of enslaved Africans were held in Cabo Verde before being transported to plantations in the Americas. Others remained enslaved in Cabo Verde.

By the time DeSant was born, the transatlantic slave trade was slowing down, and free multi-racial Blacks in Cabo Verde outnumbered the enslaved.  Whaling vessels from New England stopped frequently in the islands, selling merchandise, purchasing supplies, and hiring crew.

From 1830 to 1833, a particularly severe drought gripped Cabo Verde.  The ensuing famine killed over 30,000 people, a third of the population.  The Portuguese did little to feed its colonists.  However, New England port cities raised funds to help the Cabo Verdeans and the United States Congress sent eleven ships full of provisions.

In the midst of this drought, a teenaged DeSant joined the crew of an American whaling vessel.  He arrived in New London in 1831 at the beginning of a whaling boom.  By 1845, New London was homeport to over eighty whaling vessels employing several thousand men.

Whaling was a difficult, dangerous profession, but it provided Black men with opportunities that weren’t available to them in other professions.  Whalers were paid according to their job, not their skin color.  Black men were twice as likely as white men to sail on whaling vessels, and whalers of color composed at least 10% of New London’s nineteenth-century whaling crews.

DeSant went on at least seven whaling voyages.  Although there is no documentation that he became a captain, in 1850 he served as an officer aboard the cargo vessel Portland when it sailed to San Francisco during the gold rush. 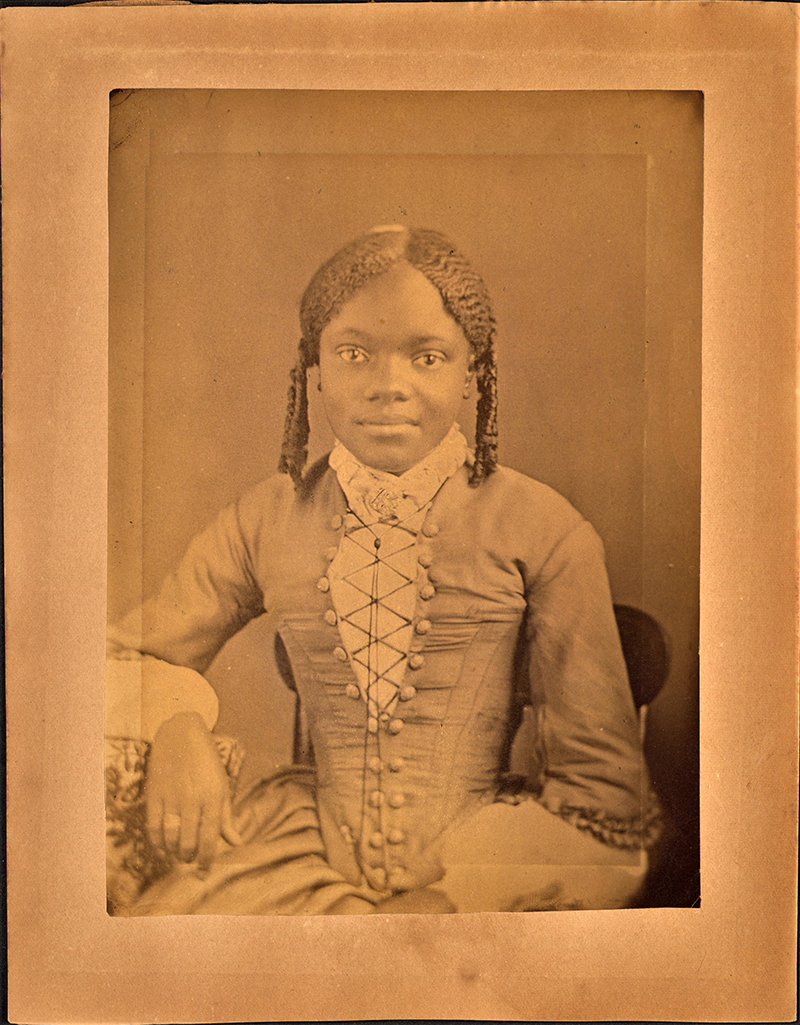 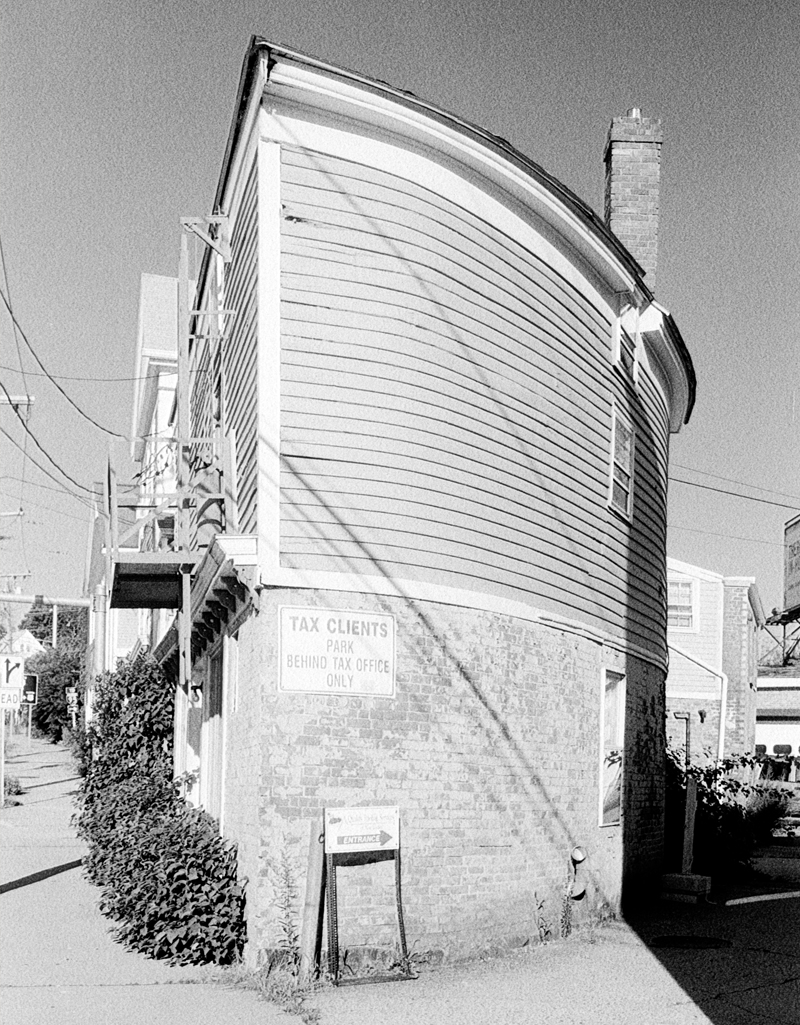 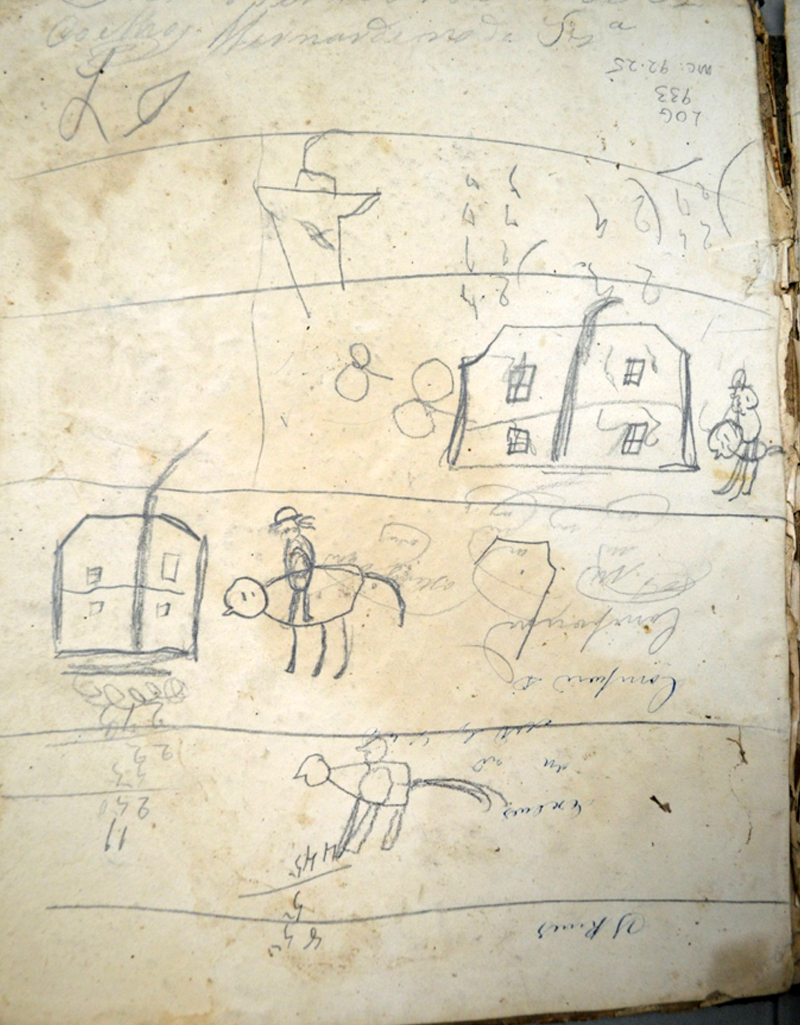 By 1840, DeSant had earned enough as a whaler to purchase two adjacent houses on Bank Street, the smaller of which was built with a curved wall that followed the curve of Truman’s Brook, now buried underground.  DeSant opened several businesses in his Bank Street buildings: in the 1850 census he is listed as both a mariner and a barber, and in the 1870 census he is listed as a grocer.  In “Bank Street Fifty Years Ago” (published in 1902) author Richard B. Wall writes, “In an old house which stood on the site of the building in which Nicholas Robinson has his barbershop, Antone Desant, a native of the Cape de Verde Islands, sold rum and cookies.”  He later purchased houses on Williams Street and Cape Anne Lane, now Jefferson Avenue.

DeSant married Diana Maria Gager or Cager in 1842.  They had four children, none of whom outlived their father.  After Diana’s death in 1856, DeSant married Susan Congdon, a descendant of Ninigret, African American and white ancestors.  They had eleven children, of whom four survived to adulthood.

One of DeSant’s daughters, Julia, married the renowned organist William Herbert Bush in 1888.  Bush was the organist for New London’s Second Congregational Church for thirty-five years.  In 1904, he played a concert on the world’s largest organ at the Saint Louis World’s Fair. In 1908 he played a concert at Saint James Church attended by Mark Twain and Andrew Carnegie.  He gave music lessons to hundreds of New Londoners on his grand piano on the second floor of 751 Bank Street.

The Bank Street houses remained in the DeSant family until DeSant’s great-granddaughter sold them in 1991.

Today, approximately 500,000 people of Cabo Verdean ancestry live in the United States, primarily in New England.  In 2020, the population of Cabo Verde was 555,987.